Finnic or Finno-Ugric oval brooch from the Viking Age 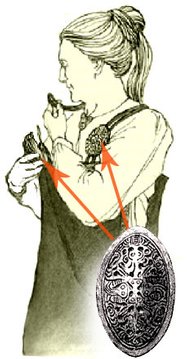 This very fine oval brooch - 76 mm, 31 grams - shown in its actual size - can be dated to app. the 10th century. A super magnified image can be seen here.

It has a low relief decoration of Borre-style interlaced beasts with four prominent heads to the centre, catchplate to the reserve. Consulted Barry Ager - formerly curator Early Middle Ages at the British Museum responded when consulted: 'It appears to be a Finno-Ugrian imitation of the Viking oval brooch of around the 10th century. From the Gulf of Finland/Lake Ladoga region perhaps..'

James Graham-Campbell considers 'it's not 'proper' Borre style, although obviously under the influence'.

The findspot of the brooch is regrettably unknown, but must be addressed to this area.

This interesting article from a metal detectorist  shows that this type of oval brooches are found in the Finnic/Karelian/Northern Russian area. They differ in size and sometimes somewhat in decoration, but the two octopus images on the left and right of the centre top of the brooch are a returning feature. The smaller size of the oval brooch and the single shell are characteristics from the Baltic / Finno-Ugrian area. The double shelled elaborate oval brooches are purely Scandinavian. Though, not pure viking in the sence of the word, these smaller oval brooches are distinct from the Viking Age.

In the museum of South-Karelia in Finland a similar example can be seen. Its description says: 'Oval tortoise brooche of bronze, found at the Kauksila burial ground. Oval clasps were used to fasten the woman's outfit at the shoulders and also to carry a heavy jewellry arrangement. Large oval brooches with acanthus-pattern ornamentation were used in Karelian areas at the times of the crusades'.(see image

This specific type is published in several books / publications.

although the brooch published here has some same Borre alike characteristics, it is a different style of brooch and far more distinct Scandinavian in its nature.

but this is also a pre Scandinavian (double shelled) oval brooch with ala Borre style decoration.

Far better references can be found within:

Spirgis, R. Tortoise brooches with pectoral chain ornaments and the development of Liv culture in the lower Daugava area in the 10th - 13th century (Riga, 2008). p. 63, photo and drawing 20 (although this is a more elaborate executed example wich appeared to be part of a greater adornment. See also: https://www.academia.edu/4535889/The_Liv_oval_brooches_their_origins_and_the_development_of_the_ornamentation_Humanities_and_social_sciences_Latvia._Art_Applied_Art_and_Symbols_in_Latvian_Archaeology._R%C4%ABga_2003._Vol._2_39_p._77_95

About the development of shoulder brooches (with their chain arrangements) more can be read in Pirkko-Liisa Lethosalo-Hilander's Ancient Finnic Costumes. (p. 56). 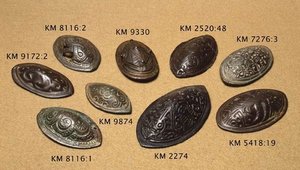 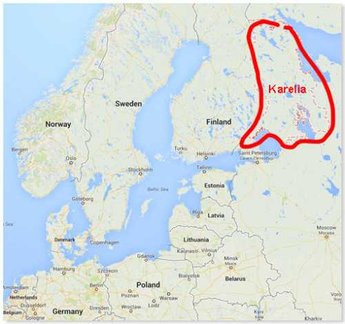 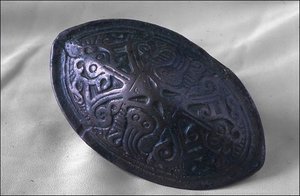 Video on ancient Finnish costumes and the way jewellry was worn.