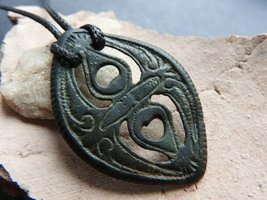 Found in the Ukraine in the Kiev region, on the settlement of the Kievan Rus (9th-13th century) this is an artefact in the shape of an owl. It is not conclusive how it had been used. It might have been used as a brooch, although distinct traces on the back are lacking in this direction. Alternatively it might have been used as a pendant, an amulet, or both. Owls were associed with the Norse godess Freya. As it happens, an identical brooch- wich had a clear pin assembly - with some gilding, was found in the United Kingdom. The UK example having been found in Yorkshire, north of York. The style of decroation is remniscent to a ring, also found in the Viking rus areas. Especially the curling is looking very similar in detail. 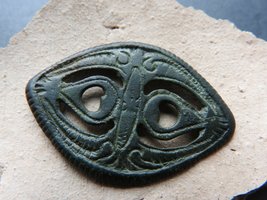 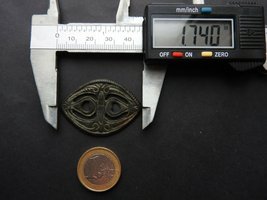 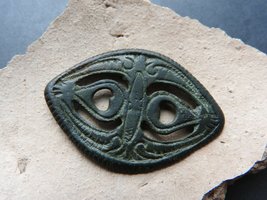 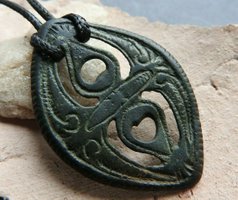 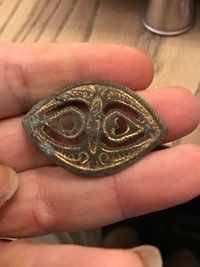 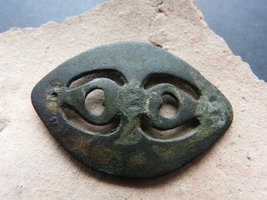 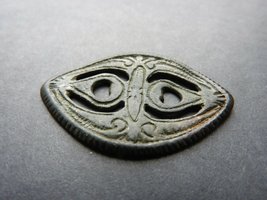 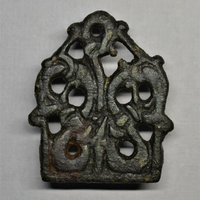 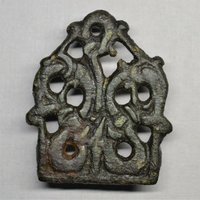 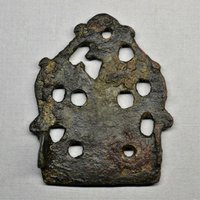