The Irton Cross, a pre-Norse marriage of Celtic and Irish style decoration.

As the last part of my journey to Cumbria, I like to take you to the - unusual for Cumbria - pre-Norse cross in Irton. It is located in the graveyard of St Paul's Church, Irton with Santon, Cumbria. With exclusively Celtic Irish-style interlace decoration, it dates from before the Norse occupation. So.. strictly seen, not a Viking Age blog this time, but I hope interesting enough..

Dating from before the Norse occupation, this is an Anglo-Saxon cross and dates from the early  9th century.  The west face has two panels of interlace, between which is a panel which once contained three lines of runes, all of which is surrounded by a border of knotwork.

The east face also has two panels with a diagonal key pattern, and two with chequers, which are in fact small sunken crosses.

There is fine scroll work on the narrow north and south sides, with leaves stem and fruit, possibly indicating a vine. In the middle of the west side is a blank panel which may have borne a runic inscription. In 1863 a mould of an inscription was interpreted by Professor George Stevens: 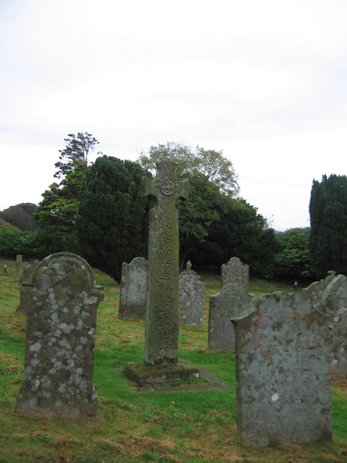 Stylistically, it it lies chronologically between the Bewcastle Cross and the Gosforth cross and has greater affinity with the earlier Anglo-Roman style of Bewcastle. The Irton Cross is app. 10 feet high and carved from red sandstone and rests in its original socketing stone. It is one of the oldest in Cumbria and is decorated with Celtic spiral patterns and key patterns found in the book of Kells and other early Celtic Christian manuscripts and carvings. The cross is said to mark an ancient crossing of four tracks, places often associated with strange folklore and enchantment.

It is is one of the most important crosses in Cumbria, and unlike the one at Gosforth, bears no figures either human or animal. Altough pre-Norse, for strictly Vikingolists still very interesting for a visit. And it is all for free and in the (original) wild..

So, readers, so much for now about my visit to Cumbria. In the fortcoming blogs I will present a mixture of 'new' artefacts or share some monuments visited on earlier occasions, visting the North. My website is called Travelling North, of course.. 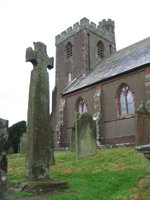 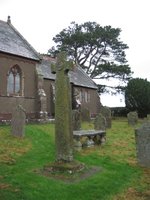 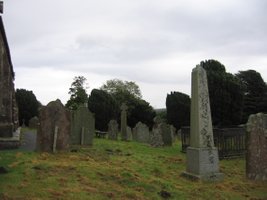 Image beneath: the scenic surroundings of Irton..

Holder, G. The Guide to the mysterious Lake District

Link to prior blog 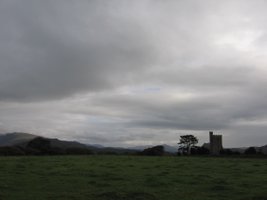