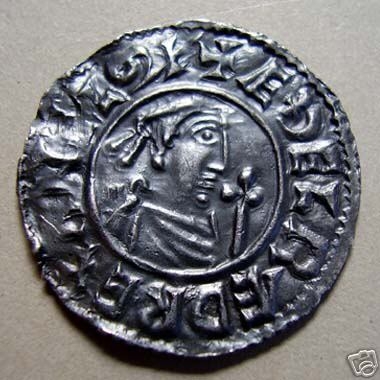 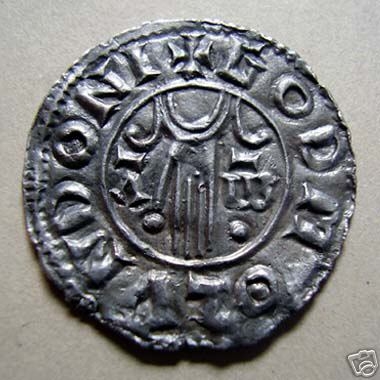 A viking period coin of Aethelred

Æthelred the Unready, or Æthelred II (circa 968 – 23 April 1016), was king of England (978–1013 and 1014–1016). He was son of King Edgar and Queen Ælfthryth and was only about ten years old (no more than thirteen) when his half-brother Edward was murdered. Æthelred was not personally suspected of participation, but as the murder was committed at Corfe Castle by the attendants of Ælfthryth, it made it more difficult for the new king to rally the nation against the military raids by Danes, especially as the legend of St Edward the Martyr grew.

From 991 onwards, Æthelred paid tribute, or Danegeld, to the Danish King. In 1002, Æthelred ordered a massacre of Danish settlers. In 1003, King Sweyn invaded England, and in 1013, Æthelred fled to Normandy and was replaced by Sweyn, who was also king of Denmark. Æthelred returned as king, however, after Sweyn died in 1014.

"Unready" is a mistranslation of Old English unræd (meaning bad-counsel)—a twist on his name "Æthelred", meaning noble-counsel. A better translation would be ill-advised. 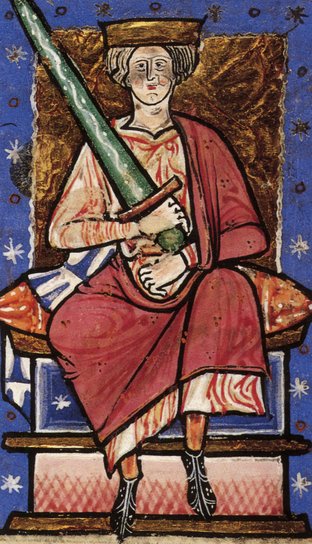