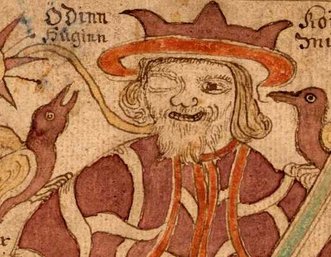 Odin with Huginn and Muninn

In the Poetic Edda, a disguised Odin expresses that he fears that they may not return from their daily flights. The Prose Edda explains that Odin is referred to as "raven-god" due to his association with Huginn and Muninn. In the Prose Edda and the Third Grammatical Treatise, the two ravens are described as perching on Odin's shoulders. Heimskringla details that Odin gave Huginn and Muninn the ability to speak.

Migration Period golden bracteates, Vendel era helmet plates, a pair of identical Germanic Iron Age bird-shaped brooches, Viking Age objects depicting a moustached man wearing a helmet, and a portion of the 10th or 11th century Thorwald's Cross may depict Odin with one of the ravens. Huginn and Muninn's role as Odin's messengers has been linked to shamanic practices, the Norse raven banner, general raven symbolism among the Germanic peoples, and the Norse concepts of the fylgja and the hamingja. 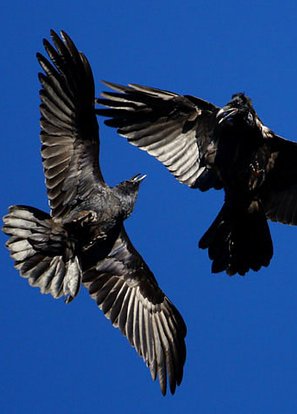 Is their intelligence a coincidence.. ? Have they learned it from us, or we just from them......?

Link to amazing facts about ravens

Due to their intelligence, ravens are very playful. They prank with the wolves. Once a raven headed towards a sleeping wolf and pinched it by its tail. When the wolf dashed to bite the raven, the bird jumped out. When the wolf approached tiptoe to the raven, the bird let it approach till 30 cm and flew away, landing a few meters of the wolf's back and repeating the prank.

Video on the intelligence of raven 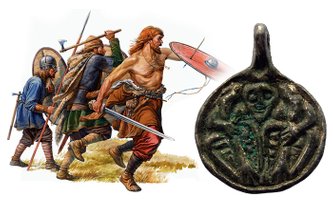 They come from: 1) the Kurgan group Sednief near Chernigov province and county; 2) Gnezdovo treasure 1868 .; 3) village Cornflowers Vladimir province; 4) City Tags (Gotland, Sweden), burial 762; 5) Segisty, coming Barva, Zedermanland, Sweden, burial; 6) The town of Prenzlau, Northern Germany. Somehow, this list does not hit the suspension of the mounds in the Mykolaiv Belogorsoy desert (now the village Gornali) Sudzhansky region Kursk region, found during excavations DY Samokvasov more in 1872 (3). More significant finding looks like pendants in the Vitebsk region, made in 2009. It should be noted that the appendage is made of silver and coated with gold. 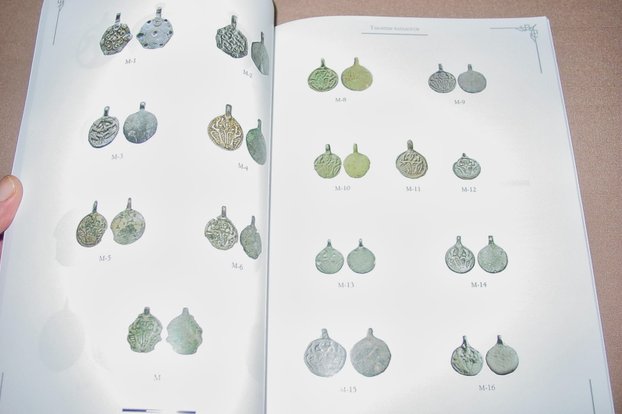 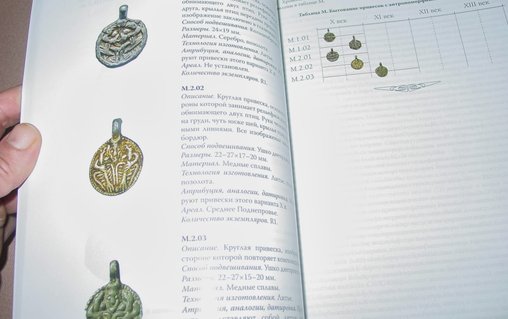 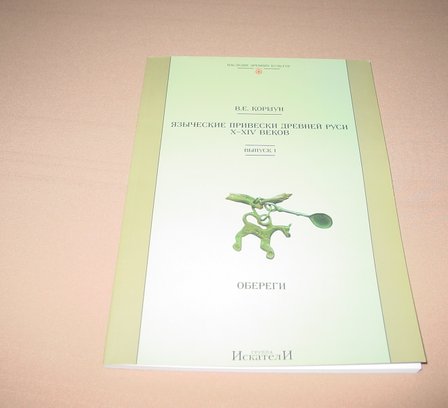 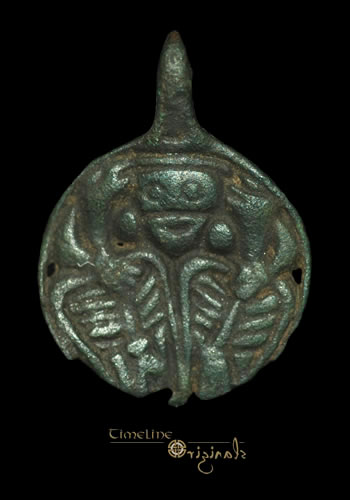 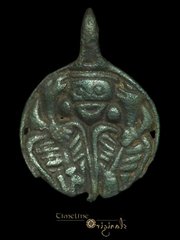 Copper alloy, 1.17 grams, 22.93 mm. Circa 10th century AD. A small round disc pendant depicting the gruesome image of Odin peering out from between two skeletal birds, Hugin and Munin (Thought and Memory), his arms around the necks and he’s clutching them by the breast. The bodies of both birds appear to be representing shields, this could symbolize Odin taking the bodies of men fallen in battle. Odin was also called All-father because he was father of all gods, he was also known as Valfather (father of the slain) because all who fell in battle became his adopted sons. An excessively rare item in very fine condition. Ex old European collection.

An interesting reference to this kind of pendants can be found here:

Also take a look at the example found in England: 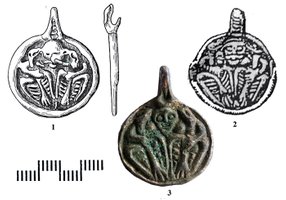 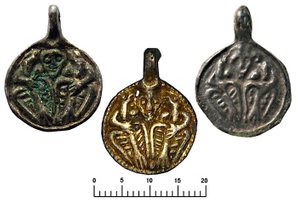