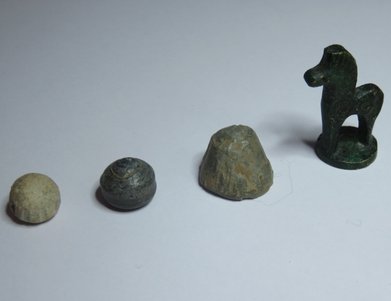 Viking group of 'Hneftafl' game pieces. A bronze free-standing horse "king"game piece and three different lead pieces found with it - nine or ten in all - were discovered together. The horse displays a stiff mane, a substantial base, and two dot-and-ring decorative punches on each side. Found just south of York, likely late 9th or 10th century

Aquiring these viking gaming pieces I was dissapointed experiencing hearing the other 5 or 6 had been sold on Ebay. Sometimes metal detectorists lack the cleverness in valuating their found objects and keep them togetherwhen it is urgently neded to do so. It is one thing that the objects one finds isn't the cup of tea of the finder, but one should be more aware of its value for history and preserving their context for the future as best as possible. However; here we have four of them. The other 5 or 6 were more common examples sortalike the three apart from the horse figurine, I was told. Regrettably though I wasn't able to get my hand on images of the examples sold on Ebay. The finder described by someone as 'not the sharpest knife in the drawer'.

The remarkable horse, a one-off in my opinion, as I have never seen the sort alike, show some resemblance with Ringerike style figurines known used during the Viking era on so called weather vanes on ships - who happened to pop up in later in more less pagan environments, on churches as windvanes. The Ringerike aspect on the horse is echoïng in the round dot-and-ring positions on the horse. Although not spiral-form as on true Ringerike style art decorations, their position, - one on the shoulder, one on the hip - is remarkable here. Furthermore interesting is the depiction of the manes of the horse, who show resemblance with the way the hair is depicted of kings on pennies of the Viking Age, like the Hiberno-Norse king Sihtric III Olafsson. This, opening the possibility of having been made in the Hiberno-Norse Viking areas within - nowadays - Ireland. The image of a horse casted into a chess/gaming piece is is, on the other hand, totally unknowm from the Viking Age. But one shouldn't dismiss the possibility of having its origin in an example having been seen by a smith or trader in the far East of areas the Norsemen or vikings penetrated into. The way of casting of the horse is refined and crude at the same time. Having been found alongside the 7 or 8 other gming pieces, and no other artefacts in the field surrounding it, the horse piece must have belonged to the set. 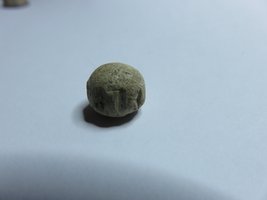 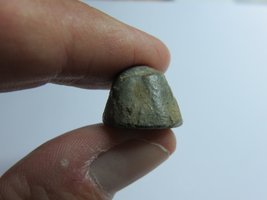 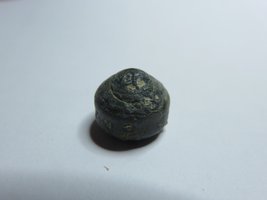 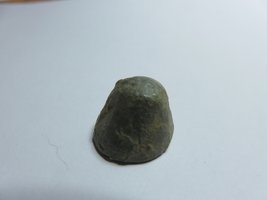 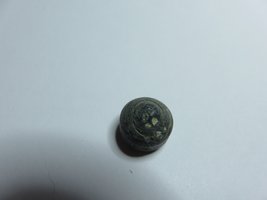 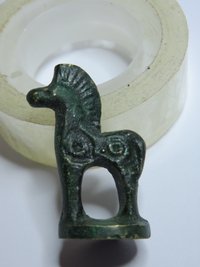 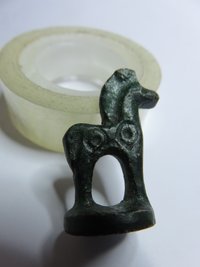