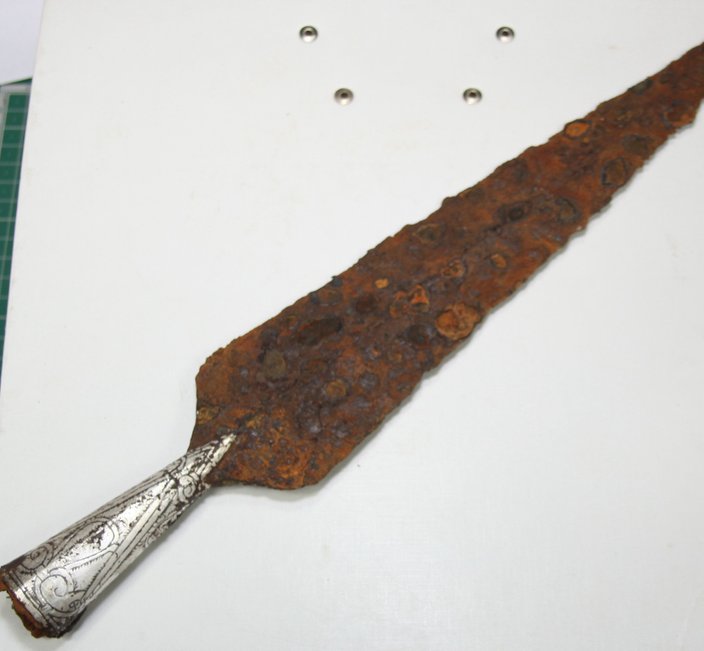 On the subpages above, I will show a digital museum tour alongside my viking artefacts. Besides a detailled describtion, I will place them in their context of how they were used in every day viking life en add references to books where they are published in (or a similarlike example),literature, publications or studies when appropiate.

When I have questions about a type of artefact, I will mention so, and invite everyone to share his opinion.

The joy of collecting artefacts is holding an item + 1000 years old and be able to touch a mystery...

Who made it and for who ? How would the person have looked like who casted it.. ?  Who buyed or received it and when ? Who whore it and what did other vikings think of the person who used the item.. where was it made/found (often not known precise). What is the meaning of some decorations on a piece ( we often do not know)..

And not the last.. what would the person to where it belonged to, would think of an middle aged man in Holland, holding it in his hands that 1000+ years later and wondering about al these mysteries... ?

This week I like to show you a Viking Age spear head of Scandinavian type. These distinct type of spear head is very attractive looking because of its silver covering and decoration of the socket. I will also tell something about the specific art style, the Ringerike style, wich with this silver is decorated in.

More than 60 Late Viking-Age spearheads found in Finland have silver ornamented sockets, the majority of which are ‘decorated with runic animals’ (in the Swedish ‘Runestone’ style). At least seven different animal forms of Urnes-style type are distinguished, with parallels on Gotland.

Surveys a group of Viking-Age silver-ornamented spearheads (late ninth/ early tenth-century to eleventh century) found in Estonia, Latvia and Finland. Concludes that, although the majority were imported from Scandinavia, there may have been some attempts at local manufacture, following Scandinavian models, towards the end of the Viking Age.

Another example of a find is centred around a rich blacksmith’s grave at By in Hedmark, is of late Viking Age origin, mainly 11th century (Martens 969; 2002). Here the sockets of the M-type spearheads are decorated in Ringerike style, which

makes it very likely that they were made in the Nordic countries (Fuglesang 1980:42).

The socket decoration on the spear head is of Ringerike style of pattern type B.

The Ringerike Style and the Urnes Style are the two art-styles that flourished consecutively during the 11th century in Scandinavia - until the end of the Viking Age, with the introduction of the European Romanesque - may be considered to encapsulate much of the essence of the Viking Age itself. Main characteristics in Ringerike Style decoration is the foliate motif, the use of intertwining tendrils, combined with alternating lobs and tendrils. A common feature within the decoration is the form of a spiral in the hip of a so called 'Great Beast' (see also the Ringerike style sword strap devider in The Artefacts section).

This distinct use of a spiral curl can be seen on the lower part of the silver decoration on the socket, as well as on top of it.

The Ringerike Style was fashionable in Scandinavia during the period between about 990 and 1050, by wich time it was already in transition to become the Urnes Style.

I would also like to express my thanks to him, giving me some very fine references on this subject (the underlined references are clickable as links to the reference text).

Mägi-Lôugas, Marika. “On the Relations between the Countries around the Baltic as indicated by the Background of Viking Age Spearhead Ornament.” Fornvännen 88 (1993): 211–221.

See p. 216 Fig. 2 Some ornaments in the Ringerike style on the sockets of Estonian spearheads

Image beneath: (I will address the reference later, as I just found this image on someone's Pinterest page)

Spears and javelins from the Viking Age - type 6: addressed here as 'a typical pattern'. 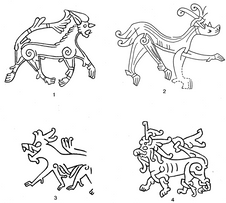 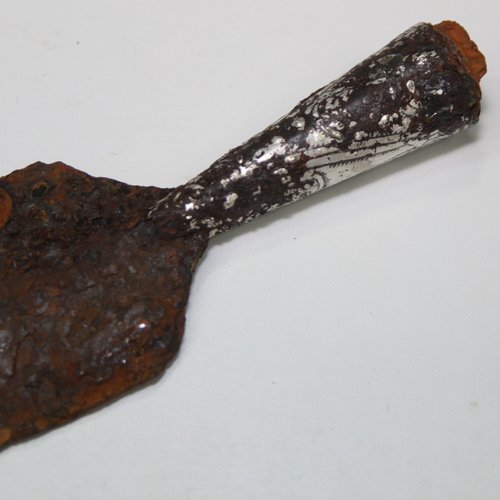 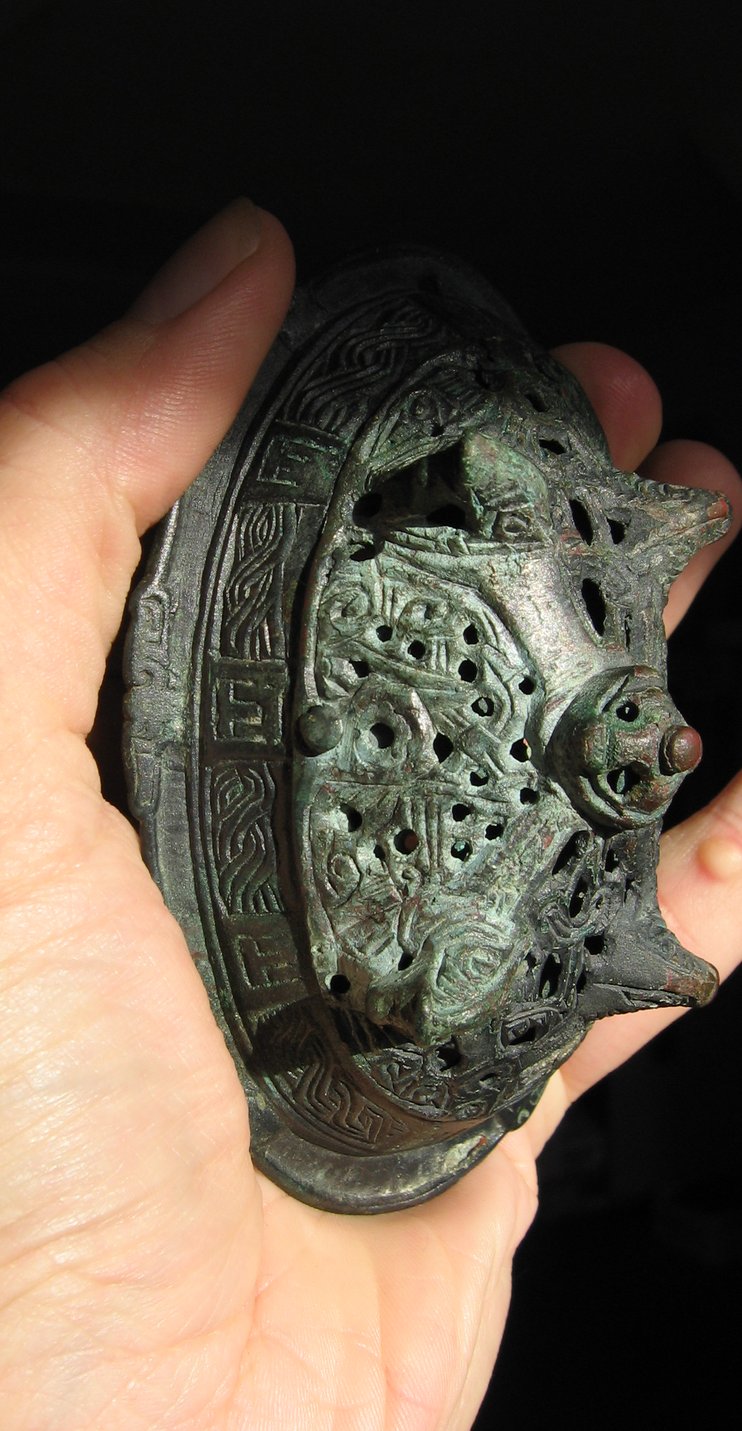