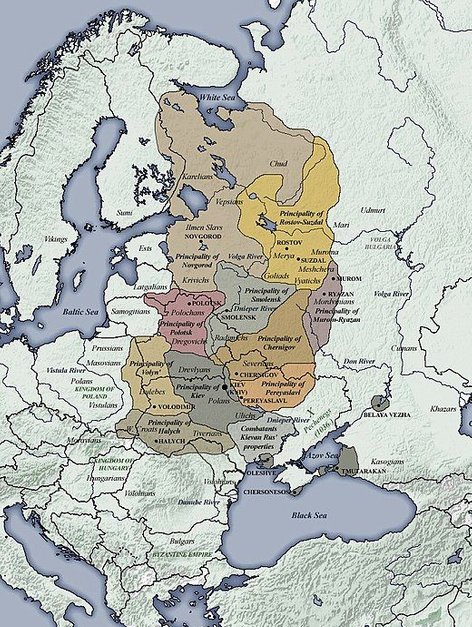 This is an enamelled bronze stud, disc shaped with light blue enamel dots circling a dished centre. Found on a 10th century viking archaeological dig site near Novgorod, Russia, early 1960's, it was awarded to the previous owner for his efforts on the dig. It is dating to ca. 10th century A.D. It measures 1.4cm diameter. The stud could have been part from a belt, but very well possible also from the gear of a horse, if this is the harness or the saddle. Compare also the drawings made on reconstructions on 10th-11th century Magyar headgear studs, found in Austria on the right top of the drawing beneath. Though here two bronze pins accompany the stud for adding it to the headgear / harness of the horse.

See also for the use of enamel on a small pendant with enamel covering from the same area.