Viking or Anglo-Scandinavian buckles from England

On this page several bronze buckles, Viking and Anglo-Scandinavian in style are presented. The variety is very diverse, and though they are found every now and then, they remain rather rare, the couple of dozens records considered in the Portable Antiques Scheme, often in mediocre state of preservation.

The first buckle - shown in its real proportions - shows us a bronze buckle in the (Anglo-Scandinavian) Ringerike style. It was found in Cambridgeshire, England. It measures 2.7 cm at its width. As often said, Viking Age artefacts are often unique, and this model I haven't encountered a second time. There are no specific depictions to be recognized, but the spiral forms are addressing it to the Ringerike style. As in many buckles of this age, the pin had been broke or had been lost in antiquity, due to the use or vulnerable material of the metal used for the pin. 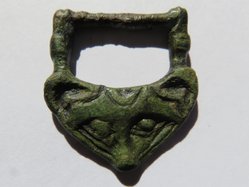 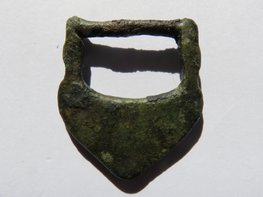 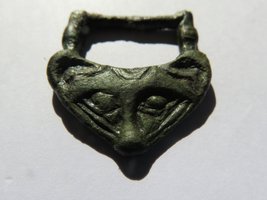 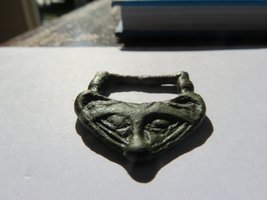 The buckle on the right is an intrigiung one. Found just before the village of Swainby in North-Yorkshire, September 2013, it shows us clearly the face of an animal. But wich one? All kind of possibilities passed the promenade. A bat - but what kind of whiskers point out to that? A fox? Could be. A racoon maybe? A pole cat? As always, everybody sees a different kind of animal, when it comes to zoomorphic artefacts from the Viking Age or Anglo-Scandinavian style artefacts.

Only one other similar buckle is known to me, but that one is a half buckle, broken in two..

The following buckle is of a seemingly bit more frequently known type - as in the Portable Antiques Scheme, similar ones can be found. Being Viking - or even Norman of date, as Brett Hammond suggested - it shows us some finely casted dragonlike heads with bulging eyes on each side on top of the buckle. It was found in or around Albans in 2015. The seller took note of a niëllo inlay design, but this isn't the case. The patina on the buckle had dissapeared. Frost conditions in the soil can cause the removal of the patina in an naturally manner. Similar form buckles can be found in the PAS (see for example: https://finds.org.uk/database/artefacts/record/id/467865 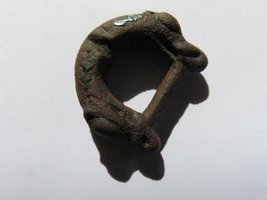 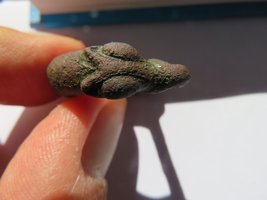 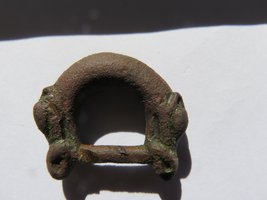 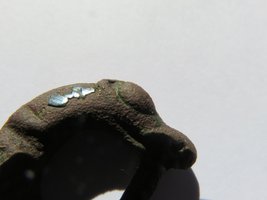 The few, remaining traces of the patina recognisable in the neck of the animal.

The openwork buckle of typical Viking style, found in March 2014 just before the village of Swainby North Yorkshire shows us a bit of a bowl form casted buckle with openwork adornment, not to be addressed to a specific Viking art style though. 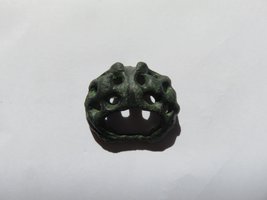 The final buckle - but what is final anyway, as a collector ;) - is a Viking zoomorphic buckle, with a working pin, found in Glemsford Suffolk, October 2016. No specific kind of animal to be recognized the buckle is of typical Viking Age form, with a sortalike bowl-shaped casting. 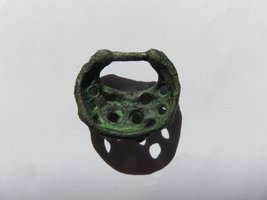 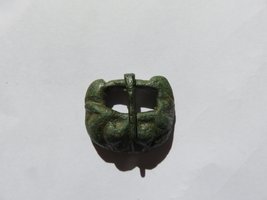 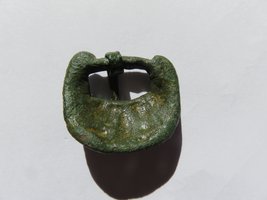