An unusual open-work Viking brooch with an entwined cross and circle decoration. The central circle weaves itself around the arms of the cross, each cross arm has a triangular terminal with a junction attached to the neighbouring arm. The terminals appear to depict a Viking helmets or animal’s heads. Remains of the pin and silvering on the reverse. Extremely Fine condition, a highly collectable piece. Found Lincolnshire.

Reading a book from Jane F. Kershaw ' Viking identities, Scandinavian jewellry in England', where so called ' lozenge brooches'  are discussed on pages 43 - 49, I showed her this example, as it is said to be found in Lincolnshire.

She reacted to me:

...The lozenge brooch is highly unusual in its openwork design. The description says 11thC, but it will be late 9th or early 10thC, as the terminal heads are still in the Borre style. I wonder if the cross had a religious significance? There is only one other one like it, a metal-detector find from Denmark.

Now, I am checking by the National Museum of Denmark if they are familiar with the find there..

Link with more info on the 'Borre' style 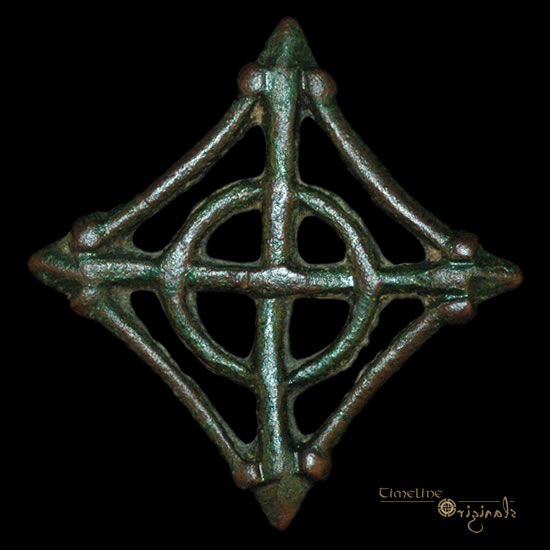