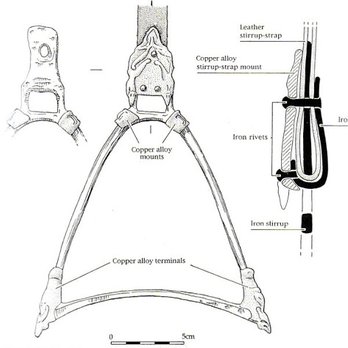 On this page various so called stirrup mounts are shown. The stirrup mount their function was to protect the stirrup strap where it looped through the loop at the apex of the iron stirrup. An even more appropiate describtion was minted by P. Robinson in 1992: 'suggesting that they were mounted at the junction between stirrup and strap to provide 'a strap protection device to prevent wear on the stirrup leather'.

All in all the describtion 'stirrup strap mount' would be the appropiate describtion therefore. Stirrup mounts, like the stirrup terminal mounts, are directly attached to the stirrup.

Addressing these stirrup mounts stylisticaly and timewise isn't unambiguous. The late David Williams categorized them as Late Saxon, though with some types included with elements of the Ringerike and Urnes style involved. In the Portable Antiques Scheme a variety of describtions can be found, varying from 'early medieval to medieval', 'late early medieval''Anglo-Scandinavian' and 'late Saxon'. As the Portable Antiques Scheme is stating:

'It is hard to separate types of mounts by period; most straddle early medieval and medieval'.

Even the - shortlived - Anglo-Norman period (1070 - 1140 A.D.) is mentioned when it comes to timepin stirrup mounts. In general one can say that concepts like 'late Saxon', 'Anglo-Scandinavian' and 'Anglo-Norman' of course did not excist in the day and age and are modern minted alterations. And, by the way, what makes a stirrup mount 'Anglo-Scandinavian' or 'Anglo-Norman' anyway. The simple meaning is 'made under the influence of Scandinavians or Normans'. An Anglo-Scandinavian mark can be minted as the stirrup mount has features of a lete viking art style as the Ringerike or Urnes style. As stirrup mount did not made their entrance in England before the first quarter of the 11th century, a variety of styles can be seen. Late Saxon indeed, as the stylistics involved are at the end of a line of developments straight to be addressed originating from the (Anglo) Saxon art style. Anglo-Scandinavian, as - sometimes as marginal or hidden as it seems - Scandinavian art styles from the late Viking Age appear. And finally, Anglo-Norman as it seemingly had produced following the Norman Conquest and had Norman art style outings within. See for example the lions and other griffonlike animals on the border of the Bayeux Tapestry.

The first stirrup strap here is of the so called Group A mounts. It was found by a detectorist around the York area, as stated by the salesman. It is described as a lion-like creature with head turned upwards as if to grasp an object descending from the apex of the frame. The pendant lobe is an Ringerike-inspired device. 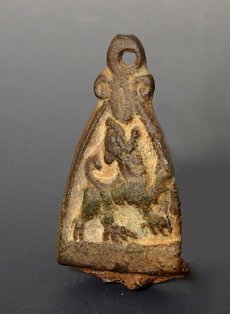 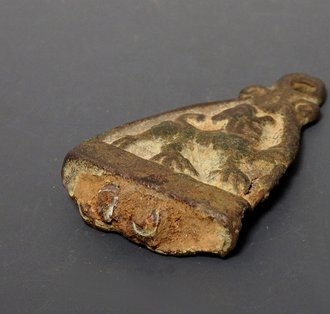 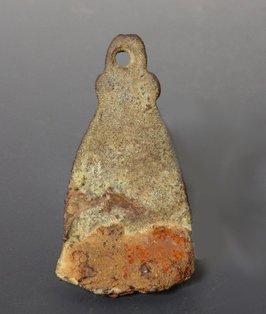 The second stirrup mount has a more 'rigor' - if this word excists in English anyway, decoration I would say. It was formely in a collection in the USA and the collector did not provide any find spot. Very well possible this specific type, where a lion or a griffon can be seen had been made after the Norman Conquest. But, of course, I do not know for sure. It would be interesting to see where this specific type of stirrup mount within the Type II spectrum had been found all over England and see how they correspond with the areas the Normans had outspoken military activity and towns they settled. But, then again, horses traveled all over and so did stirrup mounts. To my judgement the second stirrup mount is of a more rarely seen type within the stirrup mounts 'catalogue' until now. The classification and catalogue established in 1997, deserves, alsmost 25 years lear later on, an actualisation for sure. But who will pick up that glove, since David Williams passed away. He left us and the academic world big shoes to fill. 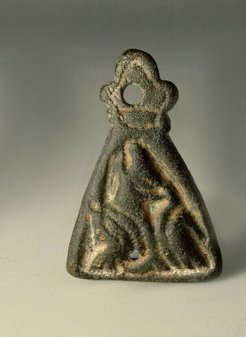 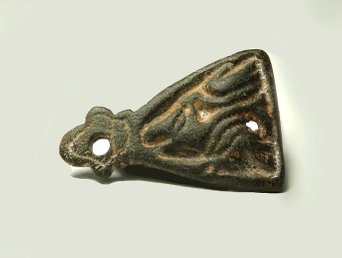 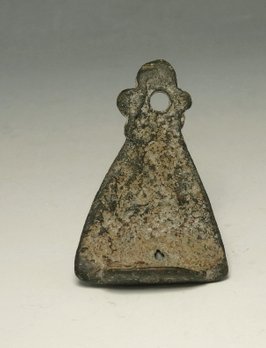 The third stirrup strap mount is seemingly of a less interesting, very weathered nature. But the devil is in the detail(s). In the centre a croslike round figure can be seen. On the left on the edge there is a dragonlike head to be seen with elongated nose, wich is directly derived from the Urnes style. The tendrils to be recognised on the right side of the ear of the dragon head is a Ringerike style characteristic. On the right edge vaguely an animal like winged figure can be seen with elongated snout also. But one can get dazzled: looking at it a second time it has the same dragonlike head with elongated nose to be seen. Dragon head or wing: one can make both out of it. This smart 'hidden figures' casting is a trademark of (late) Viking art. Its precise findspot is unknown, but its previous provenance was a French collection. Once again it would be interesting to research if stirrup (strap) mounts had been found in France also in the area of Normandy, and if this specific type had been found there (also).

If this stirrup strap mount had been made post Viking era, it certainly has late viking art styles within it. Known is, that these art styles did not terminate all of a sudden on art from after the Conquest, so both a late Viking Age as early Anglo-Norman date is possible in my opinion. 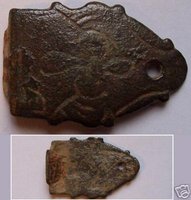