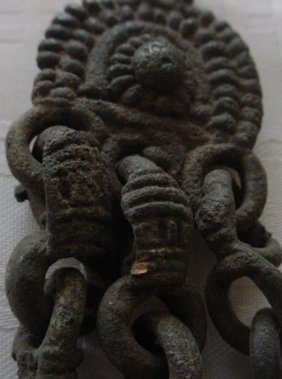 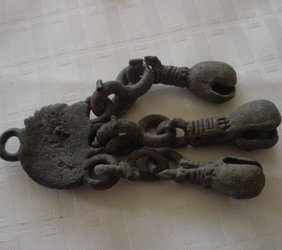 This is one of the very first items I bought once for my collection. I bought it on Ebay, somewhere in 2008 when 9 out of 10 objects were genuine (nowadays it is the other way around). Viktor Bunkowski told me - as the exact findspot of this pendant isn't known that this type of pendants were found in the Ladoga Sea area (Baltic part of Russia). Of course, 'Baltic' and 'Russia' are modern age denotations.

The artefact itself. What was it? A pendant, for sure.. but just a pendant? I think it was a charm/amulet to keep the evil spirits away when the woman was walking outside (or at home).

The dangling bells (sometimes duckfeet on similar objects) had the function to chase away evil spirits.

Duckfeet shaped (on) pendants had also been linked to sorcery and a seerres in Fyrkat, see: https://en.natmus.dk/historical-knowledge/denmark/prehistoric-period-until-1050-ad/the-viking-age/religion-magic-death-and-rituals/a-seeress-from-fyrkat

An exact parallel I have found in a drawing in the book: 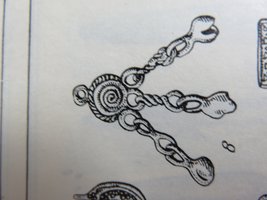