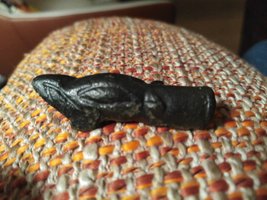 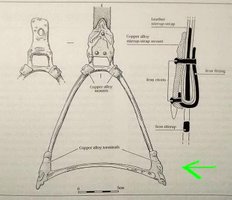 The stirrup terminal and mount; a quite late introduction.. ?

The stirrup itself was unknown to the Ancient World, and was introduced into England quite late in our history by the Vikings. The word itself derives fro the Anglo-Saxon stigan to mount and rap or rope. The earliest Scandinavian example known comes from a 9th century grave excavated in Norway. The earliest depiction of stirrups in use in England appears on the Bayeux tapestry. 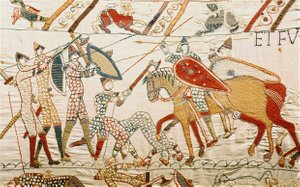 The so called viking stirrups are the earliest appearance of this important piece of riding equipment in Britain. It is argued, from a distribution of known find-spots, that they were not introduced by the Scandinavian settlers of the 9th century but are more likely to relate to the ravaging of the war bands led by Olaf Trygvasson, Sweyn Forkbeard and Cnut the Great during the reign of Aethelred. Two distinctive British classes emerge, derived from north European types, suggesting that they were already being made in this country.

The drawing of the stirrup with stirrup terminal at the top of the blog, shows us that there would have been one of these fittings on each side, and sometimes smaller ones on the top of the edges. Several examples have been found in England with part of the iron stirrup still in place. Stirrup terminals are hollow underside to receive the lower edge of the iron stirrup. The detailling is of quite high relief with raised oval eyes, projecting snout, and a tusk at each side. It may represent a dragon but this design is generally referred to as a "beast" as it has elements of the horse, wolf and boar within its iconography.

The first stirrup terminal (mount) could depict a wolf, although it isn't very clear. The lentoid shaped eyes are echoeing the Urnes style, in an Anglo-Scandinavian manner. The decoration is crude and refined the same time. 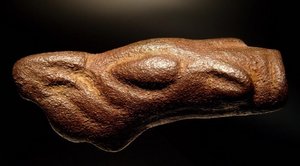 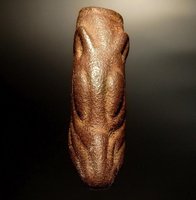 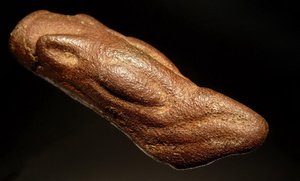 The next stirrup terminal mount is almost crocodile-lik in its appaerance. 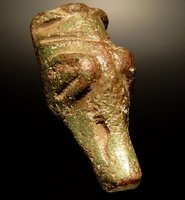 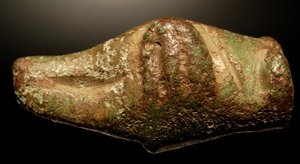 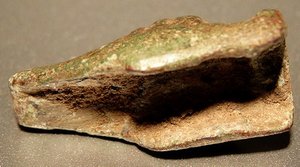 There is quite a range of different shapes and styles of decoration on these stirrup mounts  as the example hereunder clearly shows us, with outspoken Urnes style snout - wich is derived from the interlaced entwined snake/beast foliate motif on the doorpanels of the famous Urnes stavechurch in Norway).

The decoration on stirrup terminals as well as stirrup mounts are showing, Ringerike style elements and Urnes Style elements: two facts indicate a date-range of circa AD 1020 to 1050 for their use, with some areas maintaining them up to about AD 1100. 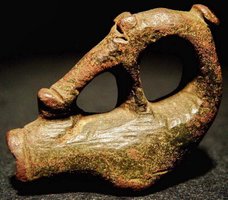 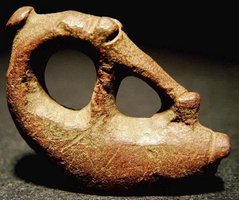 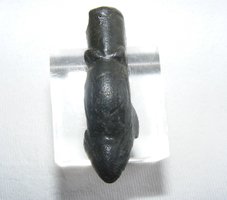 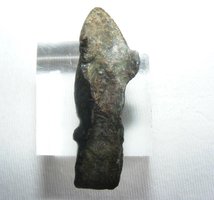 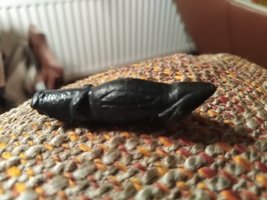 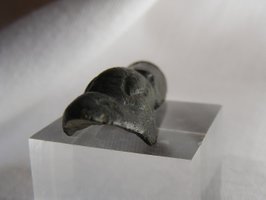 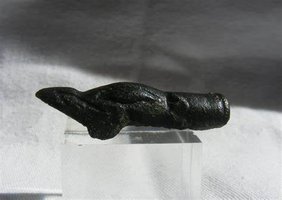 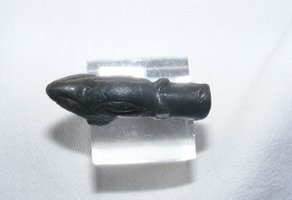 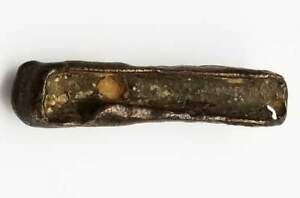 It is tempting to link their introduction into England with the increased influence under King Cnut (AD 1016-35) but more detalied study will have (and is, see reference Viking Stirrups from England and their Background) to be undertaken before any such proposal can be advanced seriously.

Another, final, intriguing question from my side is what the specific function would have been from this - vulnerable - objects. Was it in any way protective to the stirrup, like the stirrup mounts on top, protecting the leather strap? Or was it purely decorative or symbolic? Would the 'wearer', i.e. the rider of the horse 'use' the animal depicted on the terminal mount to communicate something, now lost in their meaning?

In any way - stirrup terminal mounts of the Viking Age are an intriguing, easily overlooked, type of artefact in the spectrum of elobarate and heavily adorned objects of use and decoration from the Viking period.

Seaby, Wilfred A. and Woodfield, Paul, Viking Stirrups from England and their Background